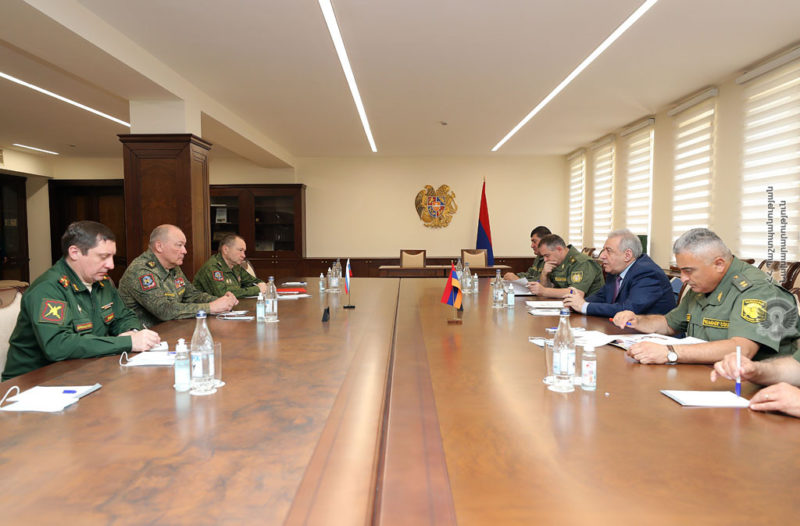 Vagharshak Harutyunyan briefed his Russian counterpart on the actions of the Armenian side in the current situation, noting that in all the places, including Sev Lich (Black Lake), where the Azerbaijanis have entered, the whole area, the servicemen and the roads are under the full control of the Armenian army.

Emphasizing the need for a peaceful settlement of the situation, the acting Defense Minister noted at the same time that any encroachment on the sovereign territory of the Republic of Armenia is inadmissible.

During the telephone conversation, Vagharshak Harutyunyan and Sergey Shoigu also discussed a number of issues related to the Armenian-Russian military cooperation, the mission of the Russian peacekeeping contingent in Artsakh, as well as regional security.