Biden arms waiver is ‘slap in the face’ of Armenian-Americans 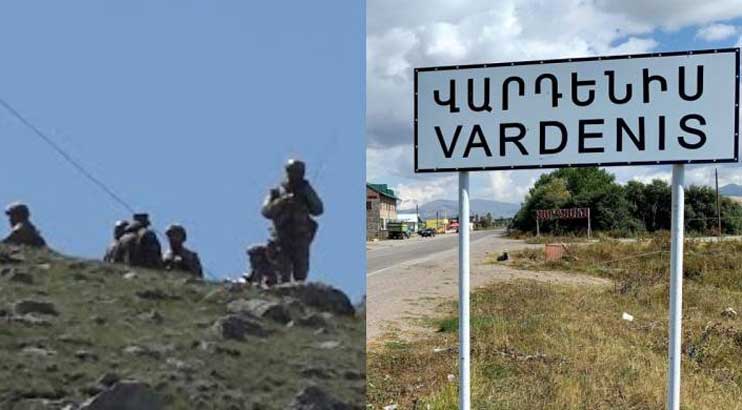 The U.S. has a habit of ignoring its own laws when it comes to arming and supporting authoritarian regimes. The latest example of this came last month when the Biden administration waived Section 907 of the Freedom Support Act, which was created to block U.S. military assistance to Azerbaijan during and after the first Karabakh war.

One administration after another has issued this waiver since it became available in 2002 in the name of counter-terrorism cooperation, but events in the last year have made the usual rubber-stamping of supplying weapons to the Aliyev regime much more controversial, and rightly so. Azerbaijan’s aggressive military campaign in Karabakh last year was exactly what the original cutoff in military assistance was intended to discourage, and the assault on Karabakh proved that Baku’s commitment to diplomacy was a lie. Issuing the waiver in the wake of the second Karabakh war is indefensible. Doing so shortly after recognizing the Armenian genocide is a slap in the face to the Armenian-American community, and it makes a mockery of the Biden administration’s pretensions to making human rights central to its foreign policy.

Azerbaijan is just one of many client governments whose war crimes the U.S. has ignored in order to keep military assistance flowing. Enabling further aggression against the people of Karabakh and Armenia is a particularly obnoxious and shameful example of how our government’s partnerships with corrupt authoritarian states puts innocent lives in jeopardy.

Within weeks of the administration’s decision, there were already reports of new incursions by Azerbaijan’s forces into Armenian territory. These incursions come on the heels of reports that as many as 19 Armenian prisoners held in captivity by Azerbaijan have been tortured and executed. Instead of holding Aliyev’s government accountable for these outrages and the many other war crimes committed during the war, the Biden administration acts as if nothing has happened and everything is business as usual.

To issue the waiver, the Secretary of State had to certify that U.S. military assistance will not “undermine or hamper ongoing efforts to negotiate a peaceful settlement between Armenia and Azerbaijan or be used for offensive purposes against Armenia.” Blinken’s decision to make that certification was a terrible mistake. Letting Azerbaijan off the hook for its recent war crimes against Armenian civilians and prisoners is bound to hamper efforts at reaching a peaceful settlement, and it is likely to encourage Azerbaijan to launch another attack. Azerbaijan was the aggressor in last year’s war, and now they are being rewarded for that aggression. It is not hard to imagine that Aliyev could interpret this as tacit approval for starting another war in the future. At the very least, it sends the message to Aliyev and other authoritarian clients that the U.S. privileges supporting them over upholding the requirements of our own laws and international law.

Rep. Adam Schiff, the chairman of the House Intelligence Committee, has criticized the Biden administration’s decision to issue the waiver: “We should not be providing military funding to a nation that habitually engages in human rights violations and violates the sovereignty of its neighbors.”


Congress should demand that the Biden administration justify the decision to waive the restriction on military assistance. Specifically, members of Congress should insist that Secretary Blinken explain why he signed off on this when the government of Azerbaijan is putting its war crimes on display in its appalling Military Trophies Park, complete with “ghoulish displays of helmets and caricatured mannequins of Armenian soldiers.” The dehumanization of Armenians has become a major feature of Azerbaijan’s official ideology, and by supporting Azerbaijan’s government the U.S. is giving its stamp of approval to a regime that both denies the Armenian genocide and threatens to commit another one.

Another condition for issuing the waiver requires that it is deemed necessary to support U.S. efforts to counter international terrorism. Blinken’s decision to issue the waiver doesn’t make much sense here, either, since it is well-documented that Azerbaijan was recruiting mercenaries from among Syrian jihadists to support its attack on Karabakh. Far from being a reliable partner in counter-terrorism, Azerbaijan has been recruiting terrorists so that it can commit acts of aggression against its neighbors.

It is no accident that the amendment that created the waiver for Section 907 was passed just a few months after the September 11 attacks. Our government’s “war on terror” has spawned a host of destructive policies, and establishing a closer security relationship with the dictatorship in Azerbaijan in the name of combating terrorism was one of them.

We need to consider carefully why the U.S. provides military assistance to Azerbaijan in the first place. Azerbaijan is not a treaty ally. The U.S. does not owe their government anything. The country has been an important route for logistical support for the war in Afghanistan, but now that U.S. involvement in the war is drawing to a close that will no longer be necessary. There might be extraordinary circumstances where the U.S. is forced to work with an abusive and corrupt dictatorship like Azerbaijan as a temporary expedient, but that isn’t the case here. The U.S. doesn’t benefit from this relationship enough to justify a long-term partnership with such an odious government. The U.S. has no compelling reason to continue providing military assistance to Azerbaijan. It is time for our government to follow the law and put an end to it.

There are some hard-liners in Washington that were cheerleading for Azerbaijan during its aggressive war in Karabakh, and they are no doubt pleased with the Biden administration’s decision to ignore Azerbaijan’s many crimes. According to the hard-liners’ view, backing Azerbaijan is not only tolerable but necessary to counter Russian and Iranian influence in the region. This is a warped view that has nothing to do with U.S. interests, but this latest indulgence by the Biden administration will give the hard-liners’ position a boost in Washington.

As a candidate, Joe Biden liked to call out the Trump administration and Donald Trump personally for his indulgence and flattery of dictators around the world. Biden gave everyone reason to expect that he would not simply cater to authoritarian regimes and do them favors once he was president. Since taking office, however, Biden has made a series of wrong decisions that have rewarded authoritarian clients and allowed some of Trump’s worst policies to remain intact.

Presented with the opportunity to undo Trump’s decision to recognize Moroccan sovereignty over Western Sahara, Biden has demurred, and it now appears that no reversal of that decision will be forthcoming. Given the chance to block an unjustifiable $23 billion sale of advanced weapons to the United Arab Emirates, Biden has let it go ahead. Issuing the waiver for military assistance to Azerbaijan makes the same kind of mistake.

If Biden and Blinken want to make good on their rhetoric about emphasizing the importance of human rights in their foreign policy, they should begin by cutting off all military assistance to Azerbaijan. U.S. and Turkish support for Azerbaijan have served to create a menace in the Caucasus. The least that the U.S. can do is to stop aiding that menace as it threatens the stability of the region.