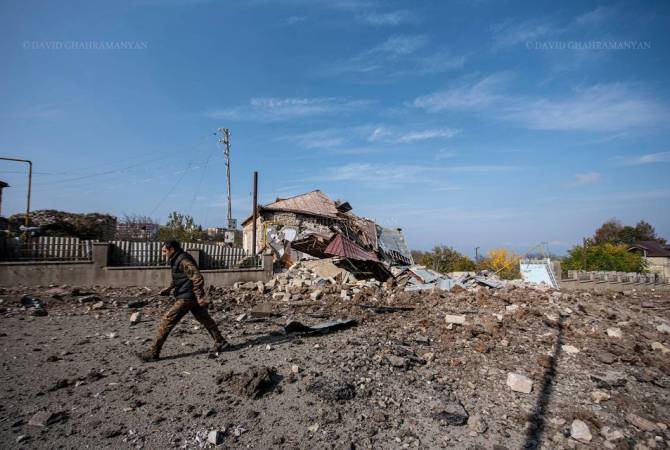 The Iranian National Commission for UNESCO will be hosting a virtual photo exhibit of the three photogenic ancient churches that constitute the Armenian Monastic Ensembles of Iran, Tehran Times reports.

A selection of 70 pictures captured by Iranian photographer Ebrahim Khadembayat will go on show during the exhibit, which officially sopens on May 25, according to organizers.


To the untrained eye, Iran’s earliest churches may seem modest structures to some but they bear testimony to a vast panorama of architectural and decorative scenes associated with Armenian culture blended with other regional cultures: Byzantine, Orthodox, Assyrian, Persian, and Muslim.

St. Thaddeus, St. Stepanos, and the Chapel of Dzordzor are three photogenic ancient churches that constitute the Armenian Monastic Ensembles of Iran, which were collectively inscribed on the UNESCO World Heritage in 2008. They are dotted in fresh and green lands of northwest Iran and are important pilgrimage sites for Armenian-Iranians and others from across the globe.

Also known as the Qareh Klise (“the Black Church”), St. Thaddeus, as one of the oldest surviving Christian monuments in the country, is situated in Chaldoran county some 20 kilometers from Maku, adjacent to the borders of Armenia, Azerbaijan, and Turkey. The ancient Church shows off elaborate bas-reliefs of flowers, animals, and human figures on its façade and exterior walls. It bears verses of Old and New Testament in Armenian calligraphy as well.

The Chapel of Dzordzor stands tall on the outskirts of Maku. The name narratively originates from a famous painter Hovans Yerz, known as Dzordzortzi, who supervised the chapel’s restoration for a while. What is present now is a remnant of the large monastery that once existed there, as the entire chapel has been shifted to a new location 600 meters away due to submergence resulting from a dam that was built on the river.