Infiltration of Azerbaijani troops into Armenia a challenge to CSTO 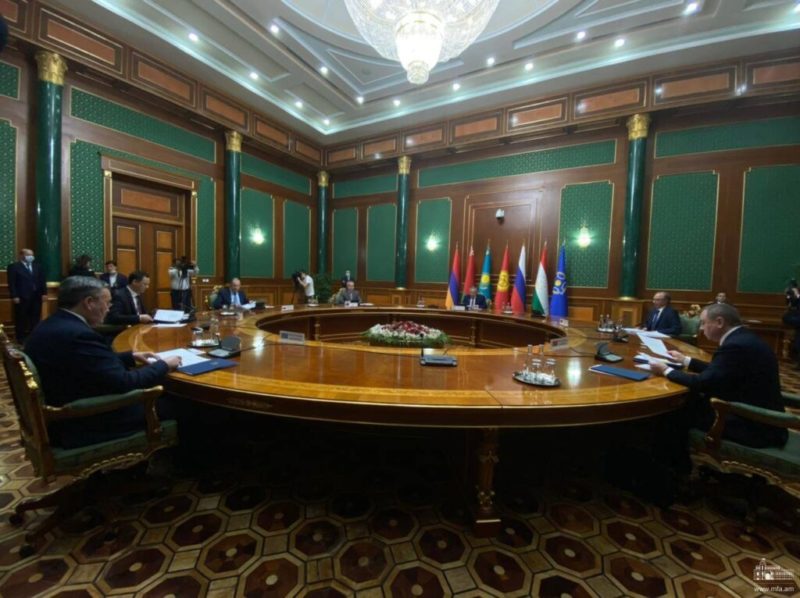 Armenia’s acting Minister of Foreign Affairs Ara Aivazian has briefed his CSTO colleagues on the situation in the Caucasus region of CSTO, focusing on the escalation of the situation due to the penetration of the Azerbaijani Armed Forces into the border regions of the Republic of Armenia.

“The infiltration of the Azerbaijani armed forces into the sovereign territory of Armenia poses a direct threat to the security, territorial integrity and sovereignty of the CSTO member state, which is a challenge for the collective security system of the Organization,” said Acting Minister Aivazian.


The Armenian Foreign Minister informed his counterparts that the CSTO emergency response procedure is becoming urgent in the current conditions.

Touching upon the Nagorno Karabakh conflict, Ara Aivazian stressed that the use of force by Azerbaijan can in no way lead to the settlement of the conflict. The conflict should be settled exclusively on the political-diplomatic level, under the auspices of the OSCE Minsk Group Co-Chairs, on the basis of the joint and comprehensive implementation of the principles developed by that mediation mission.


As a result of the meeting, the Foreign Ministers adopted and approved a number of documents aimed at cooperation between the CSTO member states in various fields.


Before the start of the ministerial session, the heads of the delegations of the CSTO member states և the CSTO Secretary General met with the President of Tajikistan Emomali Rahmon.