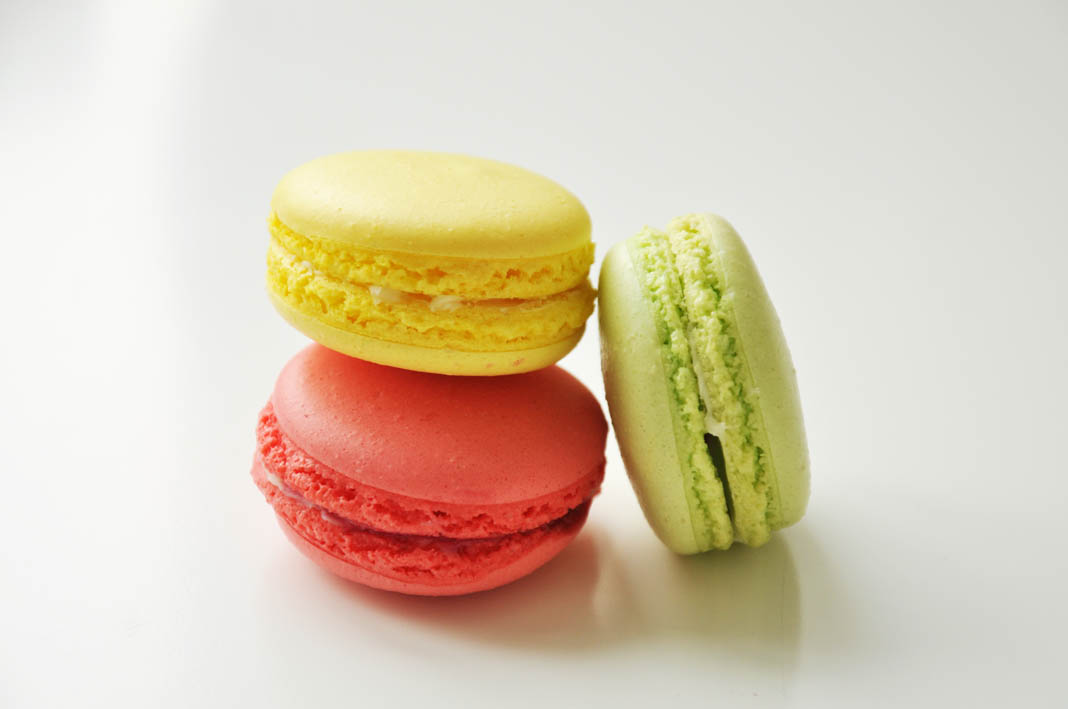 What’s possible in a week? If you dedicated seven days to the achievement of one goal, how ambitious could you make this goal? These were the questions that the multilingual friends Katy and Sara posed themselves when they determined to learn English in one week, to prove that it can be done and anyone can do it with the right methods.

They would attempt to liberate themselves from the distractions and responsibilities of modern-day life in order to cram eight hours of study time and I was observing some of the world’s most capable language learners at work.

The friends set themselves the challenge of learning a language in a week in order to stretch themselves, and then it was a question of choosing which language to learn. English presented itself as a natural option; there are nigh on 300,000 English speakers in Germany’s capital, and the areas are dotted with stores adorned with signs in English.

The first operational step in the friends learning process was to decorate the entire apartment with sticky notes. This had an almost ceremonial touch to it as the friends delved into dictionaries and proceeded to label everything with its corresponding English name.


Within the space of about an hour it was impossible to carry out any menial task, be it making a coffee or flicking off a light switch, without first being presented with at least three different words related to this action.

The importance of the other twin’s presence became immediately apparent as Katy and Sara delegated responsibilities for rooms to decorate with sticky notes. This simple task was augmented by continuous little tests that they would spring on one another, and the fact that they split up their day slightly differently and studied different topics meant that each twin became a source of knowledge for the other.

The most extraordinary moment came towards the end of the week!

The friends simply switched their everyday conversations to English, asking one another if they wanted tea or coffee, were ready to cook dinner or when they were going to leave the house.

Katy and Sara had numerous micro-challenges throughout the week. On the first day they were visited by a English friend who greeted them in English and complimented them on how quickly they’d picked up their first words and phrases.

They then learned the names of fruits and the numbers from one to a billion so that they could visit the English market (although they refrained from purchasing nine hundred thousand kumquats). Displaying their haul after their first functional exchange in English, they beamed with pride and a palpable sense of accomplishment before marching back home to study further.


On our second visit to the brother’s apartment 24 hours into the week, we found them sampling dozens of different kinds of English snacks.

Like kids staring at the backs of cereal packs before heading to school, the nutritional information and various special offers and competitions on the packaging were analysed during snack breaks.

There was no moment of complete removal from the language learning process during the eight hours that the friends had allotted to it.

They were constantly using their existing knowledge to support the ever-growing knowledge of English, this being the root of their success.

The friends spent a lot of time engrossed in books or on their computers and apps, flicking and swiping their way through exercises eagerly, but at other times they were to be found searching busily for English radio stations and write-ups of English football games on the web.


There is no definitive method to learn a language fluently

All too often, people enter their weekly language class to converse with their teacher, but then barely have any contact with other speakers and that’s not enough.

The old saying that we can solve problems more effectively when we sleep on it may be especially true if the problem we’re trying to solve is learning a new language.

Researchers from two Swiss universities wanted to know if they could enhance the learning of words from a foreign language by exposing people to the words during non-rapid eye movement sleep the deep, dreamless sleep period that most of us experience during the first few hours of the night.

To find out, they gathered two groups of study participants, all of whom were native German speakers, and gave them a series of Dutch-to-German word pairs to learn at 10 pm. One group was then instructed to get some sleep, while the other group was kept awake.For the next few hours both groups listened to an audio playback of the word pairs they’d already been exposed to and some they hadn’t yet heard.

The researchers then re-gathered both groups at 2 am and gave them a test of the Dutch words to uncover any differences in learning. And indeed there was a difference:

The simple yet potent trick the researchers employed is known as verbal cueing, and this isn’t the first claim made for its success while sleeping. But what makes this study different is that it puts a finer point on the conditions necessary for this trick to actually work namely, it only works when we’ve already been exposed to the verbal cues before we sleep.

The researchers added a techie dimension by conducting electroencephalographic (EEG)recordings of the sleeping participants brains to track neural electrical activity during the learning period.

They found that learning the foreign words overlapped with the appearance of theta brain waves, an intriguing result since theta is the brain wave state often associated with heightened learning while awake (usually we’re in either the high-frequency, high-alertness alpha or beta states while awake, but it’s thought possible to induce theta state slower in frequency than alpha and beta through concentration techniques).